In iParade#2: Unchanged When Exhumed, LoVid explores relationships between human memory and physical places, as well as displaced memories and technology. This work is inspired by the historic relocations of Hamilton Grange. Additional inspiration comes from an archive of student films from the 1940s and 1950s. These films were produced as part of the Film Institute at NY City College under the direction of the artist and filmmaker Hans Richter.

iParade#2: Unchanged When Exhumed was made possible with support from DiAP NY City College, Experimental TV Center Finishing Funds program which is supported by the Electronic Media and Film Program at the New York State Council on the Arts, Rhizome Commission, and Franklin Furnace Fund supported by Jerome Foundation; the Lambent Foundation Fund of Tides Foundation, and by public funds from the New York City Department of Cultural Affairs in partnership with the City Council.

The public premier of Unchanged When Exhumed was hosted by Elastic City on June 7 and June 9, 2012. 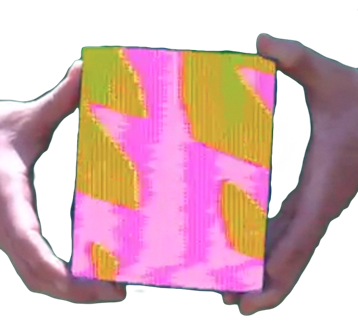